Reboot of the Grid Successful

Our mass effort was a great success. The critical mass has been achieved. Although not everybody was doing the exact meditation that was given, enough people were synchronizing their consciousness stream to allow the Light forces to put a computer virus into the artificial intelligence Matrix program on the etheric and astral planes.

This means that fuzzy logic program of the Matrix is now being busy within a closed loop, unable to repair itself and fill the cracks of clear space/time structure in the distorted etheric/astral Matrix electromagnetic field. Those cracks were created with our conscious effort on May 20th. They will never be closed again and Light will always shine through.

The Matrix will now slowly start disintegrating. There will be less and less dark entities on the etheric and astral planes and Light will shine through more and more. 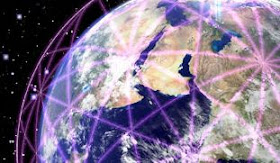 The positive etheric leyline grid around the planet has been reactivated at the Reboot. This has prevented some quite strong earthquakes that would happen otherwise. It has also allowed an acceleration of the transformation process for this planet to reach a higher vibrational frequency.

The exact moment of the Reboot has initialized a timeline of events that will ultimately lead towards Disclosure and First Contact.
Cobra at 6:41 PM
Share