Every window of opportunity, every portal is a quantum leap bringing us closer to the Event horizon. With each portal opened, more energy is generated and at a certain point, enough energy will trigger the breakthrough.

The Event will send strong ripples of Light throughout the spacetime, forwards and even backwards in time. This is why some of you have already received dreams, impressions and visions of the Event.

The opening of the Portal on May 25th is NOT yet the time of the Event despite of rumours and hints that you might hear from Drake, Fulford and other people. Those rumours just reflect a certain operation of the Light forces on the surface of the planet which is a necessary substep towards the Event, but not yet the Event itself. 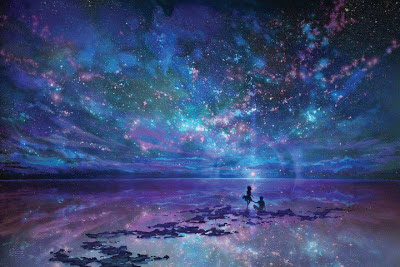 Before the Event can happen, the non-physical negative forces must be removed. Otherwise they could simply trigger more than 2 million people on the surface that were heavily mind programmed through severe trauma by the Cabal under their projects codenamed MK-Ultra and Monarch. Those traumatized individuals could be easily triggered by the Archons from the etheric and astral planes as part of their endgame to start behaving violently towards themselves and others.

The non-physical negative forces are now gathered very close to the surface of the planet, concentrated around humans, attempting to prevent the Light from entering. They do this to maintain entropy and chaos because this is the only way they can survive a little bit longer.

There is a certain form of entities that was not mentioned yet. They are called Invisibles because they have the tendency to melt with their environment to the point they become energetically invisible. They inhabit the lower mental plane. Their purpose is to shut down the capacities of human mind and to induce stupidity into the human population in order to keep it enslaved. They are mainly responsible for many distorted belief systems inside organized religions and lately in the new age movement, which has deteriorated from pure beginnings in the 1980s into just another mind programmed cult after the Congo invasion in 1996. One of the main mental tricks of the Invisibles is that »all is well«, suggesting people to deny things that are not well and thus stripping people of their inherent power to change things that are not well.

The Archons are still using their etheric and astral HAARP scalar electromagnetic field technology to keep maintaining the so-called primary anomaly. Primary anomaly is a random wave function, a distortion of Calabi-Yau manifolds, a field of micro black holes, a convoluted field of quantum fluctuations, a semi-conscious field of anti-life which always tries to suppress Light by default. This was brought into existence out of pure potentiality at the creation of the Universe and is the antithesis of the One. It is the primary error in Creation and the primary cause of all suffering. All the remaining primary anomaly of the Universe is now being gathered around the surface profile of this planet, waiting to be finally transformed to allow the final liberation of our planet, which will then become the last point of Light to join the galactic union.

The non-physical Archons still use wormholes made of this distorted anomalous field to freely travel from one implant hemisphere to another.

After the Light forces remove the non-physical electromagnetic HAARP field, the black hole singularities will be stripped naked, the micro black holes will evaporate, the Calabi-Yau manifolds will straighten themselves out and the primary anomaly will disappear forever from our Universe. This will be beginning of the end of all suffering and beginning of true healing for humanity.

This time is coming very soon. The final victory of the Light is near!