Since the Archon invasion in 1996, there is an intense war going on in this Solar System.
Right after 1996, the joint Draco-Reptilian fleet together with many factions of the Illuminati secret space program had almost total control of this Solar System. Many humans were forced to work for them as slaves, mining the asteroids. Draco forces tended to occupy the colonies in the outer Solar System, whereas the Illuminati focused more on the asteroid belt, Mars and the Moon.
On the Moon, there was the traditional divide between the near side and the far side. The near side was occupied mostly by positive races, with the main exception of the Archimedes base, destroyed earlier in 1977, which belonged to the Solar Warden program. Dracos, Reptilians and Illuminati had their bases mostly on the far side. The reason for this is that they wanted to hide their activity from the prying eyes of the surface humanity, but at the same time they did not have advanced cloaking technology the Light forces have. For the same reason they have painted their secret spacecraft in black color to lower their albedo (reflectivity) in order to avoid detection by professional and amateur astronomers on the surface. Also, they had to adjust flight trajectories to minimize the risk of detection. 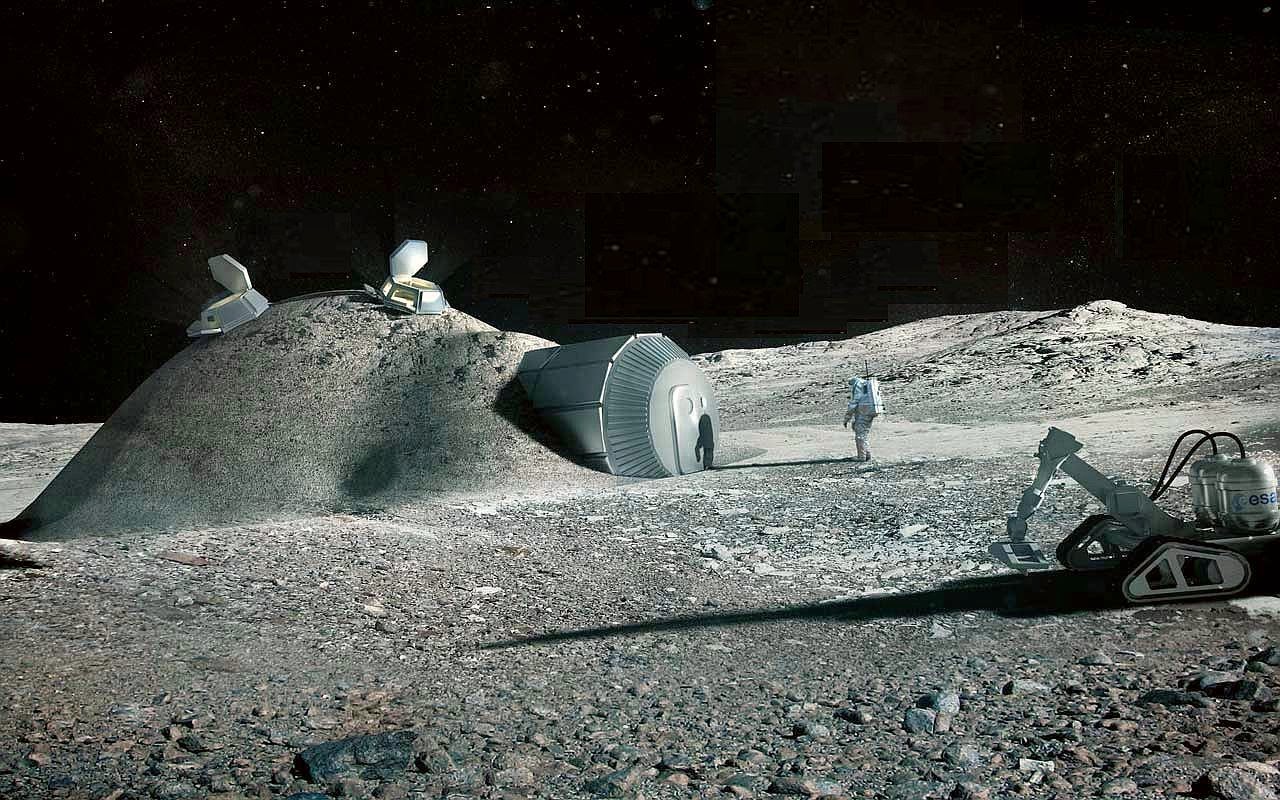 LOC (Lunar Operations Command), which was the main stronghold of the Solar Warden program and now belongs to the Light forces, is located on the far side of the Moon.
It is interesting to see that some deep intel about the colonies has leaked on internet, disguised as science fiction, with some colony descriptions very close to reality:
http://www.karridian.net/robotech_sc_offworld.html
Also, there is some soft speculation about the possibility of underground Lunar bases in the mainstream media:
http://rt.com/news/242893-moon-lava-tubes-size/
Luckily after the 1996 invasion the main base of the Light forces on Ganymede was not taken. The Ganymede base is the location of the main interdimensional portal towards Sirius for this solar system and this portal was maintained intact throughout the invasion, holding the Light.
In addition to that, a resistance movement was organized in the Draco/Illuminati slave colony on planet X. This Resistance Movement made physical contact with the Pleiadians parked beyond the heliopause in the outer Kuiper belt and with Pleiadian backup it organized a mutiny on planet X in December 1999, kicked out the Illuminati, freed the planet and shifted its base to underground Agartha network on planet Earth.
Planet X was used from then onward by the Light forces as the strategic base for Solar System cleanup operations. First they cleared the main military stronghold of the dark forces on Charon. Then they proceeded quite quickly through the outer Solar System, cleared it, and then intense battles were taking place in the main asteroid belt between 2000 and 2003.
In March 2001, a certain important operation of the Light forces was completed and the Central Civilization was able to intervene directly into the Solar System. They have positioned spherical midway stations the size of the Moon just outside the heliopause of this Solar System to stabilize the inflow of intense energies from the Galactic Central Sun which was about to become more active at the peak of its 26,000 year cycle. By directing these energies into the Solar system harmoniously, many cataclysms, including those on Earth, were prevented. When the Illuminati detected the presence of these spheres, they freaked out and created the 9-11.

In 2003, the Light forces began to prevail in the Solar System and in 2012, all negative secret space programs except those connected directly to the Chimera Group were cleared out.
Now the only problem outside Earth is a very small number of Chimera individuals and their minions which defend their Solar System strongholds (mainly implant guardian stations) with plasma strangelet and toplet bombs. Because everybody on Earth has implants that block access to that intel, all intel about the Chimera is in the deepest shadow of collective unconsciousness, much deeper than SRA , MK Ultra, MILABs or SSP.
After the successful opening of the IS:IS portal on December 15th last year, which has completed the triangulation of darkness for the Local cluster of galaxies, the Central Civilization has positioned larger spherical midway stations (some of them up to 30,000 miles in diameter) at the heliopause and repositioned many smaller, Moon sized ones inside the Solar System. 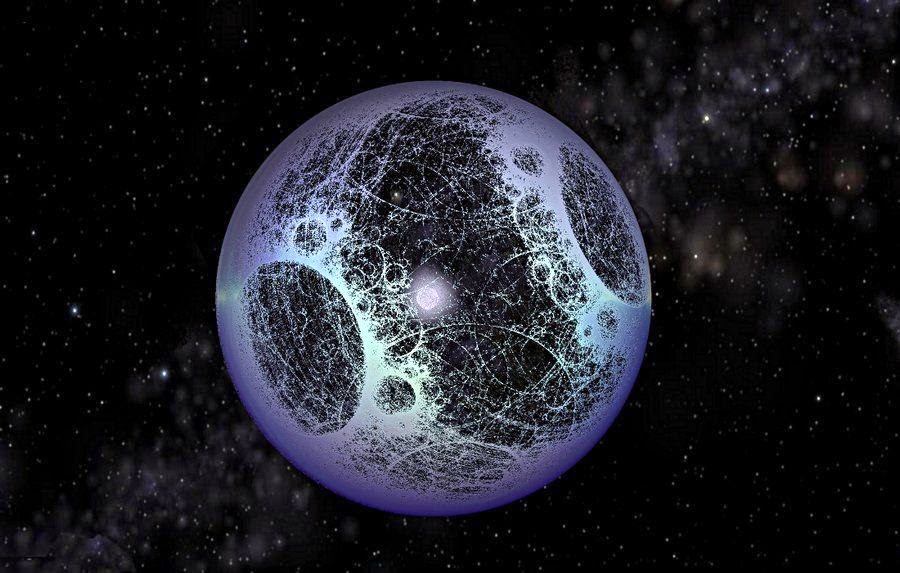 After the successful removal of all physical strangelet and toplet bombs in late January this year, an operation for the final liberation of our Solar System (codenamed MOSS) has been initialized.
Planet Earth is still the focus of the proxy war between many extraterrestrial races. Representatives of many races have entered the quarantine many lifetimes ago and they kept fighting. On the Light side, most of the Lightworkers have come from Pleiades and Sirius. Many Lightwarriors originate from Antares and Arcturus. Most representatives of the Dragon families originate from the positive faction of the Draconian race. Many members of the Resistance Movement and Positive Military have Andromedan origin. On the dark side, the Rothschilds come from Orion. The Rockefeller/Bush/Illuminazi faction comes from the negative faction of the Draconian race. Islamic State and Blackwater/Xe/Academi mercenaries have Reptilian origin. The Jesuits and Black Nobility families come from the negative Andromedan faction.
The general plan of the Light Forces to liberate our Solar System and rough outline of their fleet positions has been known for decades:
http://www.luisprada.com/Protected/Galactic_Federation_Fleets.htm 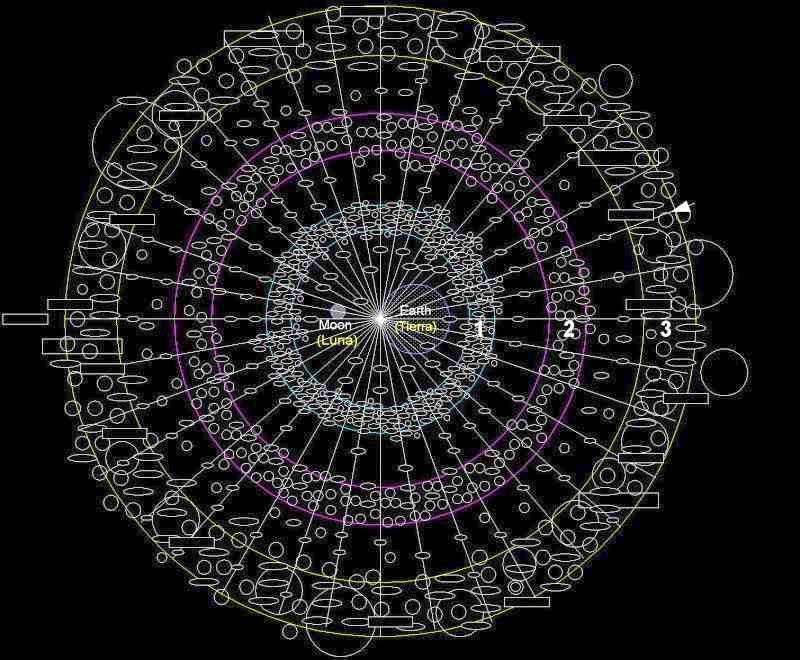 All ships of the Light forces inside of our Solar System are cloaked with a Tachyon membrane to avoid detection from the surface of the planet. Many of these ships follow similar orbit as main belt asteroids and Kuiper belt objects and most of their Tachyon membranes project the spectral signature of an ordinary chondrite (for asteroid belt ships) and the spectral signature of frozen methane (for Kuiper belt ships). Therefore surface astronomers mistake them for regular asteroids or Kuiper belt objects.
These ships are not ships as we understand them, they are multidimensional biosatellites, an organic interaction of consciousness and intelligent Light matter.
The smaller ships belong to the Ashtar Command, the Jupiter Command and Pleiadian, Sirian, Andromedan, Arcturian and Resistance fleets. The larger spheric biosatellites belong to the Central Civilization.
The Central Civilization is an ancient race, which evolved close to the Galactic Central Sun and is the first race in the Galaxy which reached spiritual maturity many millions of year ago. In some circles, this race is known as the Wingmakers:
http://soulconnection.net/glossary_in_depth/central_race.html
Sometimes they have manifested throughout the human history as physical angelic beings with wings.
One of their representatives, Iona, brought Goddess mysteries to Earth in Atlantis:
http://2012portal.blogspot.com/2013/10/make-this-viral-aion-portal-activation.html
Millions of years ago, the Central Civilization began to build interdimensional doorways throughout the Galaxy and create the Galactic network of Light. As it did so, it encountered many races throughout the Galaxy, assisting them to achieve the same level of spiritual maturity. All those sovereign, spiritually mature races have created a confederate union which is called the Galactic Confederation (NOT Galactic Federation). As the name implies, it is NOT a hive-mentality centralized federation, but a loose, constructive confederate union of sovereign, mature races. You can read the distinction between a federation and confederation here:

http://www.diffen.com/difference/Confederation_vs_Federation
There is a special division of the Galactic Confederation which is called the Ashtar Command. The purpose of the Ashtar Command is the liberation of this planet. Another important division is called the Jupiter Command. The Jupiter Command is the guardian of the Ganymede portal and its main purpose is the spiritual liberation of this Solar System. It is the main spiritual force behind the Order of the Star and behind the Blue Dragon families.
Many people were mind-programmed against the Ashar Command after 1996. Since then, most of the channelers were mind-programed also, their transmissions disrupted and they are now mainly receiving deceptive messages from the Archon etheric/plasma grid technology instead.
The key here is to search for the Light. If you seek contact with the Light forces, you will find it. If you choose to always focus on the negativity, fearing that everything is just another scam, you will find it. So choose your focus wisely.
As we are now in the Breakthrough phase, the purpose of the Alliance (another word for the allied Light forces) is to continue with the final offensive to completely liberate Sector 3. Sector 3 is the deep intel codename for the Solar System.
The Alliance extraterrestrial forces are the master force behind the BRICS/Eastern Alliance on the surface of this planet.
After the completion of MOSS (Multidimensional Operations Solar System) and subsequent Sublunar Operations, the Event will follow.
This will be the completion of an old prophecy which is part of the spiritual lore of the Central Civilization about the time when all darkness will disappear from the Galaxy and the Galactic network of Light will be completed.
A lot of intel about the situation in our Solar System will be released through my blog and other intel sources in the near future as the liberation operations continue. Therefore it is of the vital importance that you educate yourself about the basic facts about our Solar System to better understand the intel that will be released:
http://www.space.com/56-our-solar-system-facts-formation-and-discovery.html
The Breakthrough is near!