Sublunar operations continue. Most of the plasma generators and plasma strangelet bombs on man-made satellites have been disabled, including those on the thirteen NROL-39 »octopus« satellites:


http://consciouslifenews.com/beyond-reach-evil-octopus-strangling-world-becomes-latest-intelligence-seal/1168464/
Something is beyond your reach, indeed!
This has effectively loosened the Matrix control over the surface population to the point that intel about advanced spacecraft propulsion system designs have been released both into the mainstream and the alternative media:
http://www.telegraph.co.uk/news/science/space/11769030/Impossible-rocket-drive-works-and-could-get-to-Moon-in-four-hours.html
http://www.ibtimes.co.uk/emdrive-dr-martin-tajmar-generates-thrust-test-controversial-space-propulsion-technology-1513151
http://etheric.com/nassikas-thruster-light-years-ahead-of-the-dawn-spacecraft-ion-propulsion-system/
This intel release has additionally secured the positive future timeline for humanity and brought us one step closer to the stars. The future is bright:


https://www.youtube.com/watch?v=5Lav8k3o-_E&feature=youtu.be
Sublunar operations will now extend closer to the surface of the planet through the ionosphere and the stratosphere.
First, they will begin to disrupt the scalar weather modification programs and mind control programs of the ionospheric heaters: 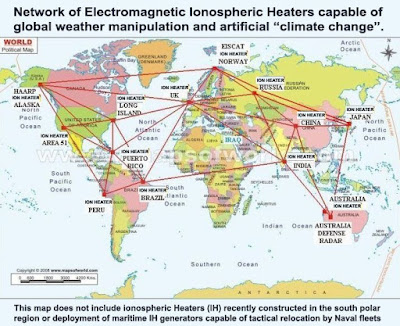 Then they will extend into the stratosphere, disabling the plasma generators and plasma strangelet bombs inside the radiosondes:
https://en.wikipedia.org/wiki/Radiosonde
http://www.sippican.com/contentmgr/showdetails.php/id/315
The Breakthrough is near!