It is time to release some intel about the coming Ascension portal of 2025. Since the collapse of Alpha timeline in early 2018, no significant tactical intel about the planetary liberation can be released, so therefore this article will speak in symbols, codes and parables that can activate your higher mind and align you with the Plan, without revealing any tactical details whose release would be to disadvantage for the Light Forces.

Everything in this universe is subjected to many cycles of various length and intensity. These cycles are actually scalar waves of cosmic energies that create interference patterns which, combined with the sum of free will vectors, shape the destiny of the universe in dynamic interplay between the Source and the primary anomaly:

First, a very powerful solar proton event that is responsible for Pleistocen species extinction (12887 years before 2000) occurred exactly half precessional cycle (12886 years) before the Galactic Alignment, which occured in May 1998 and was the moment when solstice Sun crossed the Galactic equator. The moment of Galactic Alignment was the turning point of the Ascension window for this planet, which is open from 1975 to 2025:

Second, a very powerful dynamic is happening around 2025 between the three outer planets Uranus, Neptune and Pluto.

About every 500 years, those three outer planets form a harmonious astrological interference pattern which triggers a new Renaissance period.

Neptune at midpoint between Uranus and Pluto in 1504 signified the peak of Renaissance:

Now, the same configuration of Neptune at midpoint between Uranus and Pluto will signify the peak of New Renaissance in 2025:

Neptune at midpoint between Uranus and Pluto configuration will start being effective in 2020 and will last to about 2030:

This configuration in 2025 will be far more powerful than in 1504 because Uranus and Pluto will both form a sextile with Neptune at apex point, with Neptune positioned exactly at point of Aries, with Pluto entering Aquarius and Uranus entering Gemini:

Third, a new 50 year Sirius B orbital cycle will begin in 2025 when Sirius B will reach maximum distance from the main star, Sirius A: 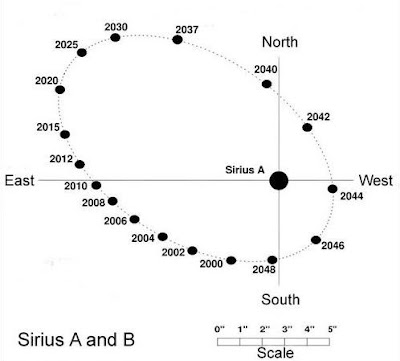 50 year Sirius cycle sends a powerful evolutionary pulse to planet Earth every 25th and 75th year of each century. Many of those pulses have triggered events that are connected to 2025: 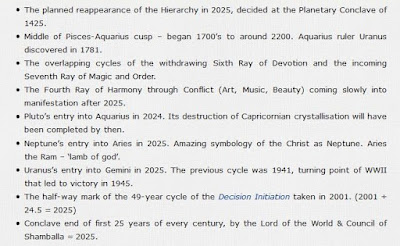 A Sirius pulse in 1775 signified the peak of Enlightenment movement in France, formation of Mystery School in Paris by Comte de Saint Germain and the “shot heard round the world” which triggered the American Revolution:

Inside the Brotherhood of the Star, year 1775 is known as “the year of the Light”. 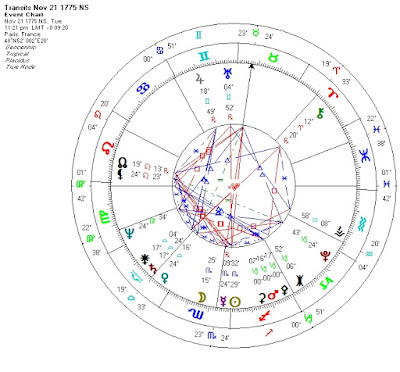 Interestingly enough, both 1975 and 2025 pulses are supported by Neptune sextile Pluto, which brings very high vibrational spiritual energy to the process: 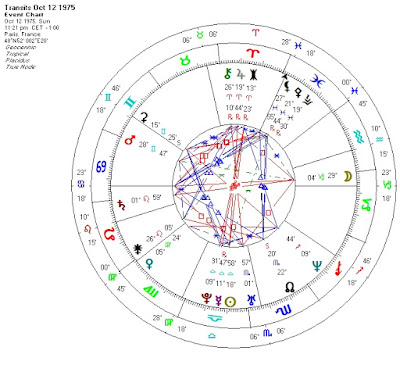 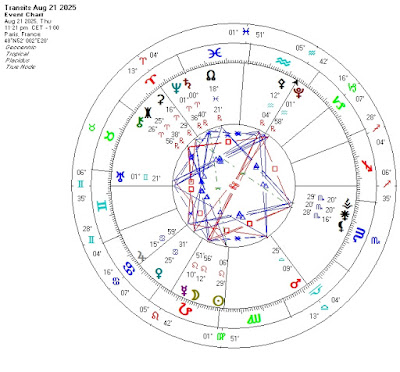 This Neptune sextile Pluto aspect will start being effective in 2020 and will extend its influence well into 2030s: 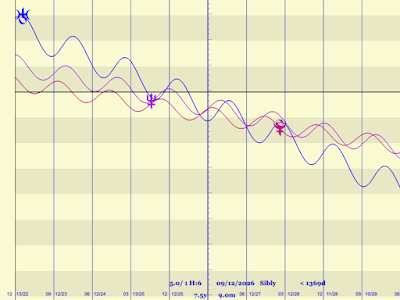 All those aspects will be so powerful that nothing and nobody will be able to resist them, and the planet and the whole Solar system will go through a transformation.

A great transformation of planet Earth is in the cards as well:

With the first hints already here:

The relationship between 2020 and 2025 and how the Event ties into all this needs to remain veiled for now. The only thing I can say is that the full Moon of May 7th (Wesak Full Moon of 2020) is the trigger through which Archangel Metatron will activate our Solar System into an Ascension portal connected to Galactic Center, with the exception of sublunar space and planet Earth itself, which still need to remain buffered to a degree.

Sublunar space and planet Earth are still the center of accretion vortex for quantum fluctuations primary anomaly, and this problem will be addressed by the Light Forces in the coming weeks, months and years through iteration sequence clearing technologies.

A situation update which will address the situation on the surface of the planet will be released in a week or two.