There are drastic changes happening behind the scenes.


On the other hand, the Jesuits have infiltrated many agents inside the Eastern Alliance to hijack the process, hoping to create a global centralized financial system after the dollar collapses as a world reserve currency and the Illuminazi faction is removed:


They are entertaining an idea of including Bitcoin in the new centralized system as well.


The Jesuits are hoping to somehow survive the Event untouched by putting the friendly face of master manipulator Pope Francis as their frontman and portraying themselves as the good guys.


To further their goal of a new centralized banking system, the Jesuits have silently teamed up with the Rothschilds in their efforts:


The Rothschilds are doing whatever they can to be as silent and invisible as possible in hopes that  people will not remember them when the Event comes. They will try to portray themselves as people who collect art and love good wines and have an investment fund or two by the way.


Meanwhile, the world is preparing for the financial reset. The fact that dollar will lose world reserve currency status and that a new financial system is coming is becoming common knowledge, although interpretations having the Cabal as their intel source might not always be correct:


The collapse of the current financial system is inevitable after the Resistance removed the vast majority of physical gold from the Cabal in early 2012. That gold was underwriting the financial system and after it was gone, a countdown clock for the complete system meltdown was triggered and its collapse is expected soon. Some people expect this to happen as late as 2015:


Some other people much sooner:


It am not at liberty yet to disclose any timeline for those events. The only thing I can say is that the moment of total meltdown of the current financial system is the last possible moment for the Event to occur, regardless of everything.


There have been some drastic developments regarding the Event during the last weekend. Special task force of the Resistance, codenamed RM2m, was within 45 minutes of triggering the Event on Saturday after the Archons (physical and non-physical) went a little bit too far with some of their actions. The Archons backed off at the last moment to prevent the Event from being triggered and were forced to negotiate their own safety and survival. In order to survive a little bit longer, they  were forced to deconstruct Dom33, their plan of retaliation when the Event happens.

They were also forced to surrender full protection of the top level people within the Cabal, who were until now able to conduct their deeds with physical Archons covering their backs. As the physical Archons are now more concerned with their own safety than with safety of the Cabal, the Cabal might find out that if they do something negative, strange things might begin happening to them. The old order that worked in their favor for thousands of years has been severely disrupted.


There is a significant number of agents of the Resistance on the surface of the planet now, doing »various things«.


The Archons did not handle those changes easily. An unconfirmed source stated that one senior member of the Orsini family committed suicide in his apartment in Rome this Saturday, while the Farnese are seriously considering their surrender. Also the Eastern Alliance has allegedly made a trading attack on Banca Monte dei Paschi di Siena, disrupting Jesuit financial machinations. That bank is one of the most important banks in the current Jesuit-controlled banking system. It is owned by the Chigi family, a main black nobility family from Siena. 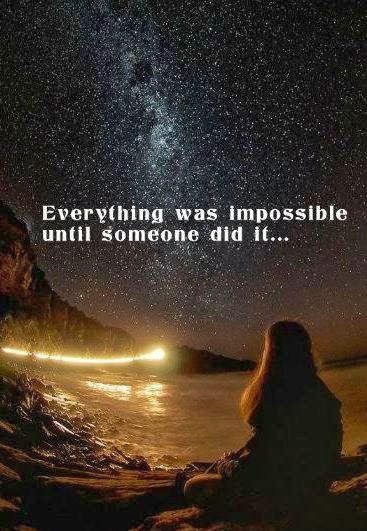 Most importantly, the RM2m special task force has proposed a plan to trigger the Event before the non-physical planes are totally cleared. They feel that this wait is simply taking too long to be tolerated and that some risks need to be taken. They are now aligning their plan with the non-terrestrial Light forces.


However, for this plan to be successful, they need our cooperation.


Triggering the Event before the non-physical planes are cleared may result in some additional loss of human lives as some people will become dysfunctional, unable to handle the Event and resort to violence. The Cabal is not so much of a problem as they will be either arrested or stardusted in the first few hours and even initially they will not be able to do that much damage now that their Doom33 plan has been compromised. The Illuminazi faction is now hastily devising their own retaliation plan after they lost support of the Archons for Doom33, but that plan would pose far lesser threat than former Doom33. Here I might need to add that all Jesuit and Illuminazi agents which have infiltrated various militias in the last few decades will be stardusted also if the try anything nasty.


The problem lies within the general population. Some people might get violent in their home situations and their families, old resentments suddenly being triggered and coming out to the surface. Also, violent street gangs might be formed briefly in the initial hours and maybe even days after the Event in some more remote areas without proper law enforcement being present. So I would suggest everybody to avoid violent confrontations in the first hours and days after the Event, regardless of the situation.


The RM2m special task force has asked if we can conduct a poll to determine what the opinion of the surface population is about their plan. The results of that poll will not determine the course of their actions, but will give them priceless feedback for them to be able to adjust their plan to accommodate the needs of the surface population more.


The first option is to trigger the Event as soon as possible, although this might pose a remote but potentially grave risk to life / physical safety of yourself and your loved ones.


The second option is to wait for the safest moment for the Event to occur, even if that means a significantly longer wait.


You can vote on the upper right corner of this blog and I hope that many other blogs and websites will help spreading the word.


The RM2m special task force will give more updates in the near future as the situation unfolds.