In January 2019, the Chimera group realized they will be defeated, so they issued a distress call for assistance across the Galaxy and received no response. Realizing that and being aware of powerful Age of Aquarius planetary configurations of 2020, they have instructed the Black nobility families and the Jesuits to activate the endgame New World Order plans in January 2020.

Many of the negative scenarios were prevented by the Light Forces, but one slipped through and that was the coronavirus scenario. Before their final defeat, the dark forces were determined to create as much chaos and suffering as possible. Exactly 24 years later, this is the repeat of the Great Forgetting of 1996, which also happened just before the scheduled breakthrough:

On the physical plane, the coronavirus plandemic has consolidated the power of the Black Nobility families and their minions:

It has given some advantage in the nanotechnology war between the Light and the dark forces to Chimera-controlled DARPA:

Nanotechnology available to the military was far more advanced than most people know, even almost two decades ago:

Also, the Chimera is backing Elon Musk and his Starlink satellites project, to reinforce the quarantine Earth electromagnetic fence:

Also, some HAARP technologies are still not completely removed and are still posing a threat to trigger a premature polar shift:

On a more positive note, the Chimera has almost completely lost the war with the Light forces regarding advanced quantum exotic weapons. Also, practically all plasma primary anomaly has been removed, which is extremely good news.

The Solar System beyond lunar orbit is being actively activated into a multidimensional Ascension portal with many positive cosmic races being present within the Solar System with their Living Light motherships. The last remnants of the dark Draco fleet there are being chased down.

In sublunar space, however, the situation is quite different. Draco fleet of cloaked ships is still holding a degree of control of the region, although that control is being challenged by the Light Force fleets even close to the planetary surface, which is being widely reported:

If Pleiadian or other positive fleet would fully decloak in sublunar space, it would be instantly vaporized by the Draco fleet, with one part of Draco fleet going down with them.

The Draco still keep a part of their scalar electromagnetic fence technology on the etheric plane close to the planetary surface, and there are still some huge Chimera spiders on the etheric plane just inside lunar orbit, making entry of Confederation fleet into sublunar space difficult. All plasma Chimera spiders have been successfully removed a few months ago, and there are some etheric spiders left, and they will be easier to clear: 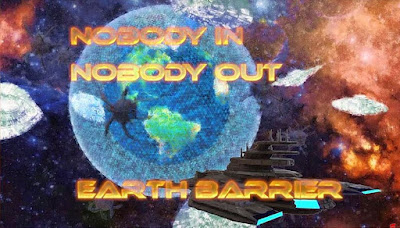 On the surface of the planet, the Positive Military and the Red and Blue Dragons are conducting operations behind the scenes to prepare for the Event. However, they are not yet completely connected to reliable extraterrestrial intel sources, so therefore their understanding of the extent of Draco/Chimera control of the planet (especially on the non-physical planes) is limited, and their intel sometimes not completely reliable. One such example would be the plan for mass arrests in April 2020 by the Positive Military.

Dragon sources from mainland China have communicated that after our meditation on April 4th, the Light forces are on a final critical offensive on all levels to achieve the liberation. They are expecting some big moves culminating in November 2020 at the time of US elections.

The leaders of Chinese positive secret societies are called the Red and the Blue (Azure):

They originate from Antarian Fleet which won some decisive battles against the dark during the Galactic wars. Their origin is the Antares star system, which is a binary star system of red supergiant Antares A and blue main sequence star Antares B:

Many of their subordinates within the Red and the Blue belong to the positive faction of Draconian race, the so-called Thuban Dracos, which they now incarnate in human bodies and are positioned deep within Chinese government (Red) and within Taoist spiritual groups (Blue):

Quoting Dragon sources about the Blue:

“The Dragon Gate Society (lóngménpài 龙门派) of the Complete Reality School (全真派) of Taoism incorporates elements of Tibetean, Mongolian shamanism, Taoism, Confucianism and Buddhism into a comprehensive form of Taoism. The Dragon Gate society is an offshoot of the Northern school of the Complete Reality Taoism. Its spiritual descent is traced to the thirteenth-century master Qiu Chang-chun, Chang-chun means "Eternal Spring". The master of Eternal Spring was one of the sages who advised and supported Genghis Khan to preserve the ancient civilization of China during the dark Mongol invasion. Genghis Khan appointed Chang-chun overseer of all spiritual traditions culture and knowledge in China, and the Dragon Gate sect thus played a critical role in the preservation of the China Tartary knowledge and acted as Guardians of knowledge and wisdom for China ever since, and now after 2009 are extending this to the entire world during this critical present time of threat and the evolution of humankind.” 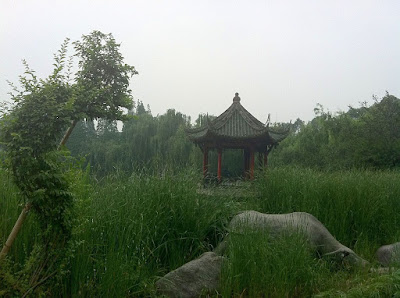 Quoting Fulford about the Red:

"When the Manchus invaded China in 1644, the Ming army became an underground society aimed at overthrowing the Qing (Manchu) and restoring the Ming. They supported the Boxer Rebellion but were put down by imperialist powers. Later, with the help of overseas Chinese and the Japanese imperial family, the society managed to overthrow the last Emperor and install Sun Yat Sen in his place. They last appear in the history books as the Green Gang and the Red Gang that fiercely fought the Communists in Shanghai in the 1940's. They were defeated by the Communists in 1949 and once again became an underground organization. Since 1949 they have steadily increased their influence throughout China and the rest of the world. They have members at the very highest levels of the Chinese government but they are by nature anti NWO, and are not an official Chinese government organization."

The Red are now active in Taiwan and to a degree also in Japan through this organization:

Taiwan will have a very important role in the Event which can not be disclosed yet.


Another Dragon source from mainland China has communicated that their threat to reveal the Chinese secret space program if the virus is not removed from China has borne results, as we now usually have less than 10 new confirmed coronavirus cases in mainland China daily.

They have suggested that their Western counterparts should take a similar approach and should seriously consider leaking classified intel about Western secret space programs.

Cloning laboratories could also be revealed:

And the use of nuclear explosions to create a negative anomaly portal on Jupiter by NASA:

The toroidal shape of the Universe should also be officially discovered soon:

And the second law of thermodynamics finally disproven:


A source that must not be named has communicated that Paris is a Goddess vortex which must be fully reactivated as soon as possible and that White Nobility families from Paris who still have access to Goddess mysteries from ancien regime need to reconsider taking more active role in the reactivation of the Paris vortex.

The main message of the Light Forces for the surface population now is that people need to connect to their Soul, release their dependency from digital media, be honest and sincere with themselves, connect to what is beautiful, pure and true, develop nobility of character and release judgement and denial.

Light Forces have observed that many people react with unnecessary harshness, selfishness and are overly judgemental. Due to extremely negative conditions on the surface of the planet this is understandable to a degree, but those kinds of people are not only making life worse for other people, they are also making it worse for themselves, based on their flawed understanding of Nash equilibrium:

Also, many people have been programmed through trauma based mind control in the past, and many of those programs are triggered as we are getting closer and closer to the Event.

Some of those people were put as sleeper agents to infiltrate all positive groups on the surface of the planet.

One such example is the main organizer of some of my conferences in Hungary, who together with his wife has turned against me. He is actively engaging in a smear campaign against me by posting lies and fake news about me, fabricating evidence, doctoring emails and was actively turning people against our meditation on April 4th. Their actions since summer 2019 have directly caused the collapse of the Hungarian Goddess Vortex and have opened the door for the dark to infiltrate Lightworker community in that country. Their actions have managed to negatively influence the flow of Ascension timeline in the beginning of 2020 to some degree, and because they have been actively involved in a smear campaign against our meditation, they are indirectly held accountable by the Light Forces to a certain degree for some of coronavirus deaths in that country which could have otherwise been prevented. They are an example of key people who can greatly influence the planetary situation, for better or for worse, and I am hoping I can give more positive example of key people influencing key situations in the future: 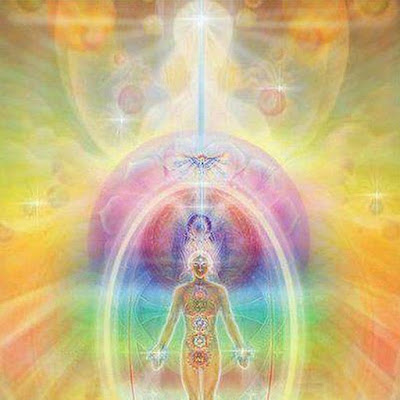 As the number of negative etheric and astral entities on the surface of the planet decreases in the coming months, more and more Light will be present and more people will have a tendency to exhibit a more positive behavior.